How to Play Air Hockey: Air Hockey Rules for Dummies 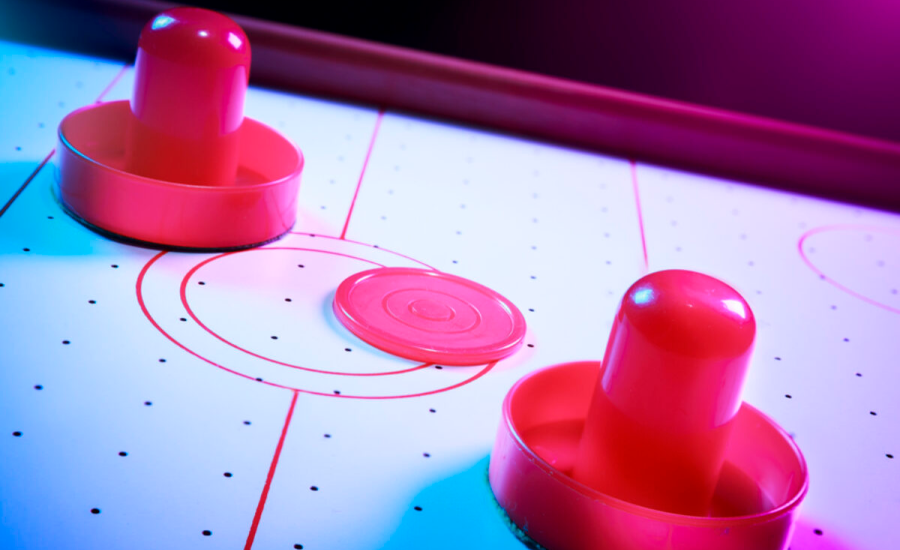 Air Hockey Equipment: What do you need?

If you have determined to purchase an air hockey table, here's the good news for you!

Most companies usually include all the air hockey parts you need to start playing the game. You just choose the table, and other vital parts will be delivered to you as well. An air hockey table set includes the following parts:

Air Hockey Equipment: What do you need

If you have determined to purchase an air hockey table, here's the good news for you!

Most companies usually include all the air hockey parts you need to start playing the game. You just choose the table, and other vital parts will be delivered to you as well. An air hockey table set includes the following parts:

Well, obviously, you need a table to play the game on! A standard air hockey table has the sizes 90"x 50". However, if you don't have enough space in your room, you can choose a smaller model. Just browse the game shops and discover the one that will perfectly fit your room.

The table also has shields that can be attached to it if both players are okay with them. The shields aim to bounce the pucks back if they are thrown out of the table.

Some of the most famous commercial-grade air hockey tables are manufactured by Dynamo and Gold Standard Games.

Mallets are the sombrero-like tools that each player should have during the play. Although they are officially called mallets, you can also meet other names like "strikers" or "pushers.”

There are mainly two types of mallets- high tops and low tops. The latter is used for flexibility and defense, while low tops are for pros and provide even faster play and incredible tricks.

Each player should get a similar mallet so that they don't have any defensive advantages over their competitors.

The only thing you should consider is that the color of the mallets shouldn't coincide with the surface color of the table; otherwise, it will be super hard to play because of the color similarity.

When you take part in an air hockey competition, the referee looks at the mallets and approves or disapproves of them. But if you play at home for practice, you can use whatever mallet you want based on your preferences.

The air hockey set you are going to buy will most likely have a puck in the box. It is perfect for your practice. However, if it gets damaged, you can always find a new one on webshops.

For the air hockey game, you’ll just need one puck. Choose the puck that is created for a high-speed game and is covered with plastic tape. If the puck layer doesn't have a good quality, it won't let you play the game properly. The puck will not move smoothly over the surface of the table or even worse. It will keep flying off of the table.

If you want to know how to play air hockey, here are all the main air hockey rules you should consider before playing the game:

Before starting the match, the first action that you need to do is flip the coin. Won the coin toss? Then you can take the side of the table you want and start the game with it.

You can also toss the coin for the second time to find out who will start games 3, 5, and 7 with the puck. In this case, the opponent will start with 2, 4, and 6.

Wait! But what about the 1st round, then?

The first round is also called the "face-off.” During it, no one gets the puck to start the game. You have to place it in the centerline of the table.

In a professional game, the referee is the one that holds the puck. The players start moving the mallets around it. After hearing the command "players ready,” players do their best to get the puck and score a goal, or, at least, gain a favorable possession.

If you have a third person next to you, they can take the role of the referee in the game to make it fair. But if it’s just two of you playing the game, you can play without a referee. Just put the puck in the center of the circle. After counting to 3, you can start the game.

You can have only one puck on the playfield. It can touch all the mallet parts but shouldn't be on the top of it.

Stand behind the center-line

You should stand behind the center line and not beyond it. After each round, players also switch sides to keep the game more interesting.

The player who scores 7 goals first wins the whole game! But in what cases does the score count?

Here are just a few examples you should consider:

You shouldn’t count the score if the puck…

You can count the score if the puck...

Trickier scores that you should count

This is one of the most essential air hockey rules you should pay attention to when playing.

Here are the parts of the air hockey table the puck is allowed to touch while playing:

In all other cases, the puck goes out of bound. That means you have to stop the game and hand the puck to the opponent.

However, there is an exception to this rule:

If the player uses the mallet to stop the back and blocks it but doesn't hit it in return. Even if the puck flies out of the table, it is the fault of the one who shot it. Accordingly, the possession is handed to the second player who just blocked the puck.

Professional air hockey players play the game differently as they have their special tips and tricks to level up their game.

Here are just a few tricks professional air hockey players use during the game:

Air hockey game duration primarily depends on how fast you are playing and how long it will take to score those 7 points. However, here are several time-related air hockey rules you should consider:

No! You can't stop the puck in air hockey.  If you use your mallet to stop the puck, the referee will count it as "topping,” which will lead to a regular foul.

The player who scores 7 points first wins the whole game.

At Game Please, we are ready to take your skills to a whole new level.

Visit our webshop or contact us 24/7, and our professionals will lead you through the whole process of purchasing the perfect air hockey table for your home or bar. 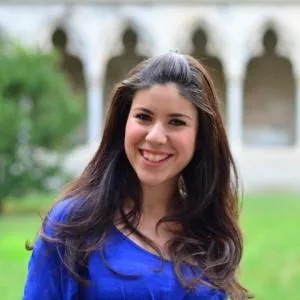 Our very own content manager/table games enthusiast is happy and ready to share her knowledge and love towards games and teach you a thing or two.